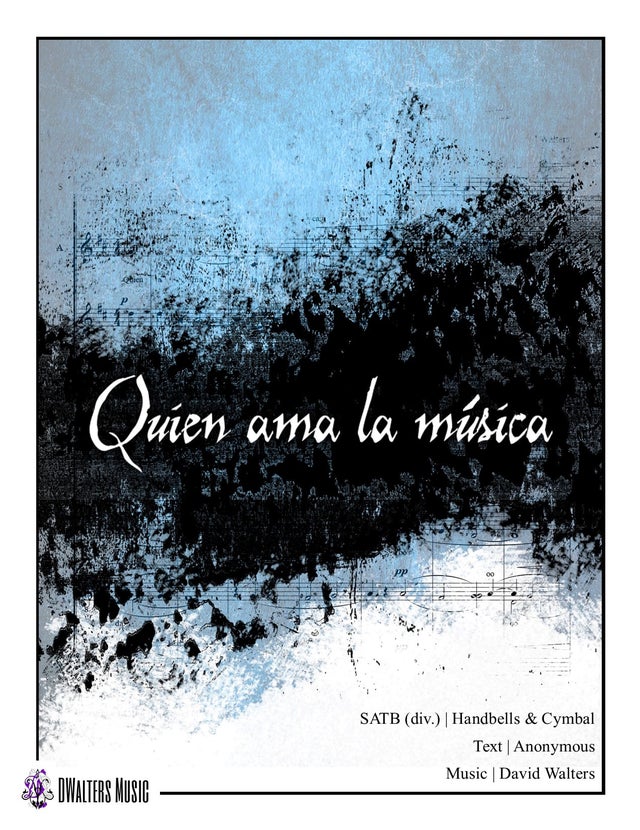 Dedicated to the ISing Choir in commemoration of their 15th Anniversary, this work was originally written as a gift for their Artistic Director, Stephen Galván. However, with the cancellation of the Spring 2020 season due to the COVID-19 virus, ISing Choir came together, virtually and in secret, to perform it. Video of Maestro Galván from the last fifteen years was compiled to make it appear as though he was conducting and when completed, the final video and recording were presented to him during what would have been their concert weekend.

Featuring effusive, yet wistful harmonies, singing handbells, and two cascading soprano solos, Quien ama la música is an accessible and engaging anthem for all those who turn to music for solace and respite in dark times.